Haryana is a State in the northern region of India with 22 districts and is the nation’s seventeenth most popular. The State borders with Punjab and Himachal Pradesh to the north and Rajasthan to the west and south. The river Yamuna defines its eastern border with Uttarakhand and Uttar Pradesh. Haryana also surrounds Delhi on three sides, forming the northern, western and southern borders of Delhi.

Here is the list of district wise haryana government web portal available for you. Citizens of Haryana can make use facilities offered by government online from the following websites – 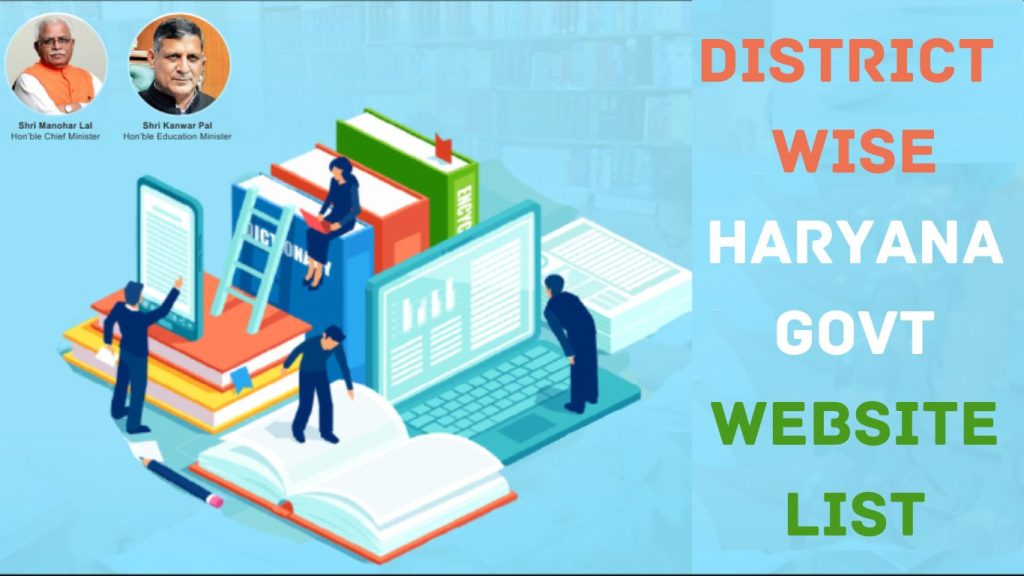 Note- List provided here is for the purpose of making students and citizens of Haryana aware about the digital facilities provided by the government of Haryana. Original Source of information provided is https://haryana.gov.in/ .